The NAND memory market grows by leaps and bounds. Our SSD and mobile devices data recovery industry must keep pace with it. 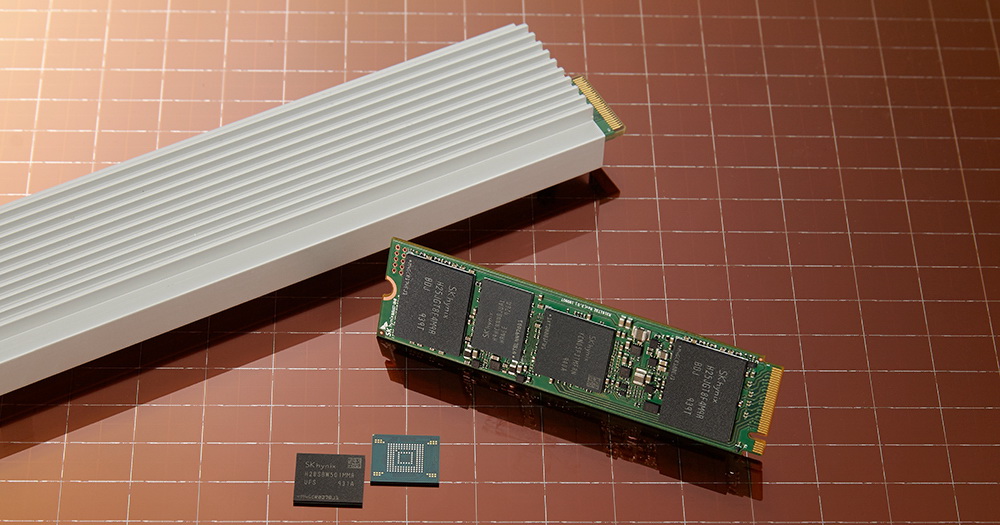 Everybody knows the concept of SSD. We can meet UFS in mobile phones for example. And it is these facilities that are currently moving the market. Capacities are steadily increasing, the prices of classic HDDs are falling and are being replaced by SSD instead. At least on end-user devices.

Less than a year later, one generation leap

A year ago SK Hynix offered users a 5th generation 3D NAND with 96 layers. This 96-layer generation represented significant technological progress for SK Hynix.
Low prices, however, led them to reduce production and their main flash product remained the fourth generation 3D NAND with 72 layers. This should change with the 6th generation 3D NAND with 128 layers, which SK Hynix calls 4D NAND, which is more of a marketing designation. But the fourth dimension of these new memories is really a bit. SK Hynix came up with a solution where the so-called peripherals move into a separate layer stored under NAND layers and this solution will allow to produce smaller memory chips, which of course will be appreciated for example by manufacturers of mobile phones and other devices where the smallest components of the device are an important factor. In older generations of NAND, the periphery was stored around NAND blocks.
SK Hynix calls this conception "Periphery Under Cell".

The 6th generation NAND also brings a significant increase in bit rate, from 1.2GT / s to 1.4 GT / s, although achieving a higher speed is also limited by the memory controller and it is expected that higher speeds can only be realistically achieved after full implementation of memory support controllers in end-user devices.

4D NAND will of course also be used in SSDs where, for example, the newest 2TB M.2 NVMe will consume 3 W, an improvement of 50% compared to previous generations. The capacity of 2 TB SSD offer is just the beginning. SK Hynix plans to offer SSDs with capacities up to 16 TB, which will no longer be used in standard workstations. Here too, it is planned to launch in the second half of 2020.

The sixth-generation 128-layer 4D NAND is designed for use in high-end products. The 5th and 4th generations will remain on the market and, thanks to their more favorable prices , will still find use in more cost-effective facilities.

To conclude, I would like to repeat the recommendations from the beginning of the digital age: back up data that you don't want to lose. Data recovery from SSD, UFS, and other NAND-based storage devices can be more complicated than conventional HDDs.